Imagine you’ve ventured deep into a mountainous landscape. Picture that in every direction are miles and miles of hills and mountains, varying in elevation from tiny hillocks to majestic alps…

Now imagine that your goal is to find the highest peak possible… but visibility is extremely poor. It’s so foggy, you can’t see what’s beyond the nearest slope. You can’t see whether a slope continues to rise, or whether there are higher peaks behind the nearest hills…

Now imagine that you’re not able to travel in any direction that doesn’t increase your elevation. You are only allowed to explore uphill. If a path leads downwards, you are incapable of taking it.

Now try and make your way to the highest peak.

I’m sure you can imagine how that would go.

You would pick a nearby route, whichever one looked the most likely to keep ascending…

…and soon, you would find yourself stranded on the nearest peak, incapable of taking a step in any direction. It isn’t likely to be particularly high. Not far away, you could imagine there might be plenty of higher peaks, but you can’t be sure, and there would be no way to reach them without traversing down-slope. So there you are, and there you shall stay. 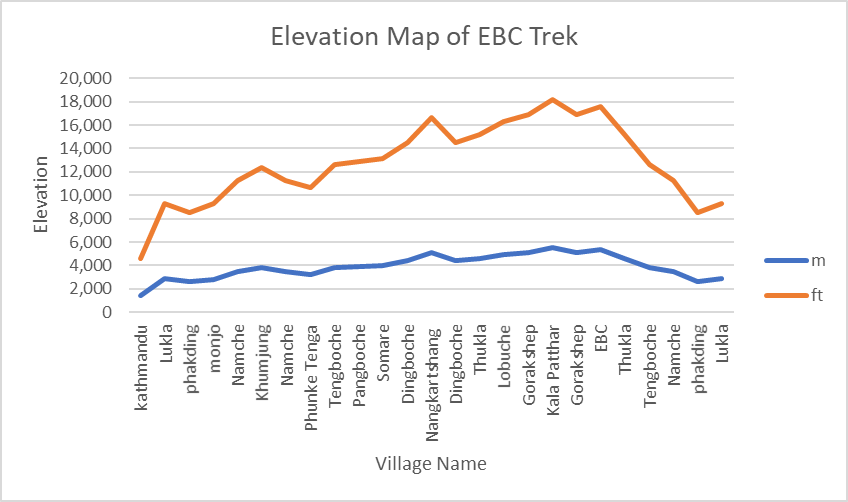 This is an elevation map of a trek to a Mount Everest base camp. Notice how the route isn’t just one, long, uninterrupted up-slope. There isn’t such a thing as a mountain climb that doesn’t require some amount of descent in order to reach higher peaks. If you could only travel uphill, you would not be able to climb Mount Everest. You would be limited to only the lowest, nearest peaks. Restricting your movement to only directions that increased in elevation would be foolish and, ultimately, leave you with little to show for your efforts.

The higher the elevation, the better the idea. A higher altitude could mean an innovation is more viable, impactful, efficient, or effective. Imagine your goal is to find your way to the best, most innovative ideas – the highest peaks. If you could only travel up-slope, you wouldn’t find many good ideas. You’d get stuck on a nearby hillock. Just as with mountain-climbing, the paths to better ideas are full of ups and downs, of failures and wrong turns that turned out to be necessary routes to achieving the final outcome. There are countless examples of this fact in innovations and discoveries throughout history.

In Dan Ward’s delightful book LIFT, I learned that the Wright Brothers’ invention of controlled, powered flight was built on the lessons learned from countless wrong turns, missteps, and failures of the intrepid explorers who had attempted it for hundreds of years before them. Their penultimate liftoff at Kitty Hawk relied heavily on the speed picked up in the long downhill sprint of their predecessors, who had carried on in their exploration despite being ridiculed and dismissed by society and the experts of their time.

In his book Where Good Ideas Come From, Steven Johnson describes how Charles Darwin’s revolutionary theory of natural selection was not a pinnacle reached after a direct, persistent and steady uphill conceptual climb. Instead, it was a slow hunch that borrowed from and built on the discoveries of those who came before, that weaved in and out of incorrect conclusions and skipped downward across misconceptions as stepping stones to better understanding and, ultimately, epiphany.

The greatest inventions and discoveries aren’t just the product of failure. They are the outcomes of having ventured down conceptual paths with no payoff visible at the outset. In the landscape of ideas, one very important mode of exploration is purely aimed at increasing distance from the status-quo without minding too much the elevation change.

We will only find the best ideas when we allow ourselves space and time to wander off down paths that don’t have an obvious or immediate benefit. To seek out the greatest innovations, we need to pursue and probe a lot of different lines of thinking that won’t seem at the outset obviously better. We need to learn to wander downhill and explore before committing too much to any one path.

Despite the fact that limiting ourselves to only traveling up-slope is the wrong way to seek out the best ideas, this is precisely what we do as we’re attempting to innovate, ideate, or solve problems. We limit ourselves to only moving in directions that seem immediately better to us. We are highly averse to putting any amount of time, energy, or resources into ideas that don’t look like they’d pay off anytime soon. We keep our foot lightly on the brakes, ready to apply pressure anytime it seems like there might be a better direction to travel.

We commit energy and attention to the practice of hesitation.

Here are just a few of the ways that we avoid venturing down-slope:

A significant portion of our failure to explore downhill has to do with the social technology we employ. For example, consider how we meet and discuss ideas. Often we can be found in a standard format, sitting around a large table. One of the attendees is usually in charge, or at least has more political power than the others, and we all take turns contributing ideas for this “decider” to consider. Think about all of the factors involved here that might cause every one of us to hesitate to put forth a flawed idea, something partially formed or conceptually imperfect–the ideating equivalent of traveling downhill. Everything we say is going to be judged by every other participant. There is complete attribution, and it is one of those contexts in which leaders are making conscious and unconscious judgments about who is the smart one–looking out for how people perform. This is a perfect opportunity for them to jump to silly conclusions about who gets recommended for awards, positions, or promotions. As a result, it only makes sense to self-censor. The first measurement of whether an idea is “uphill” or “downhill” happens in our heads, before we’ve even shared it. We don’t dare give these ideas air, for fear of what others might think.

On a deeper level, we’re trained to self-censor from a very young age. At some point, tests in the classroom stop being about creativity, attitude, and effort and start being entirely about “right” vs “wrong” answers. Social structures begin to reward those with better “correct” to “incorrect” ratios. I learned at a young age that silence can be easily mistaken for intelligence. We can maintain a fairly flawless reputation by simply keeping our mouths shut. In this highly competitive environment, self-censorship and creative hesitation becomes a survival instinct. The effect is only compounded by the extremely low level of psychological safety in most of our workplaces. We face far too much interpersonal risk to even suggest exploring conceptual paths that might lead “downhill”.

I’ve been in a number of meetings like this in a military and civilian context: The highest paid person holds court. Everybody takes turns trying to sound smart (self-filtering the whole time for fear of the consequences of sharing a bad idea). Our ruthless leader can’t have their time wasted, so we limit the number of inputs and just keep paring it down. The moment more than just a few ideas are on the table, we filter out the “least good” ones to make sure they don’t waste our energy or attention. In the end, the highest-paid person will give the go-ahead on one idea they were likely to choose at the outset, based entirely on whether it seems like it will pay off, based entirely on the little that we already know. We spend little time exploring. We travel very little distance from the status quo. We are constantly checking in to make sure none of that exploration is traveling downhill. We limit ourselves to uphill exploration only, and predictably, we will end up stranded on a nearby, shallow peak.

This is one innovation strategy that I’ve examined before in a previous piece, but I feel the need to share it again.

When ideas are in competition, it reduces our capacity for connection; but connection would be a far more powerful dynamic for fostering innovation than simply collecting the best existing ideas and discarding the rest. If we are playing a zero-sum game, in which my loss is your gain, it necessarily inhibits co-creation and collaboration. This isn’t to say that we shouldn’t ever hone in on specific ideas, or there oughtn’t ever be a time to judge whether ideas are better or worse. It is simply to suggest that before you go clearing the field of all contributions, you consider carefully whether those downhill paths were truly explored in depth, and whether the explorers who started off down them will be motivated to continue to think bigger and venture further in the future. Interpersonal competition will increase the level of risk that the members of an organization feel, especially if there are implications for status or reputation, and there almost always are.

Consider that it is likely more important that you retain big thinkers and their creativity than that you retain the best, most immediately implementable ideas. A good innovation process would ideally retain both, and not inhibit our capacity for exploring at a greater distance. 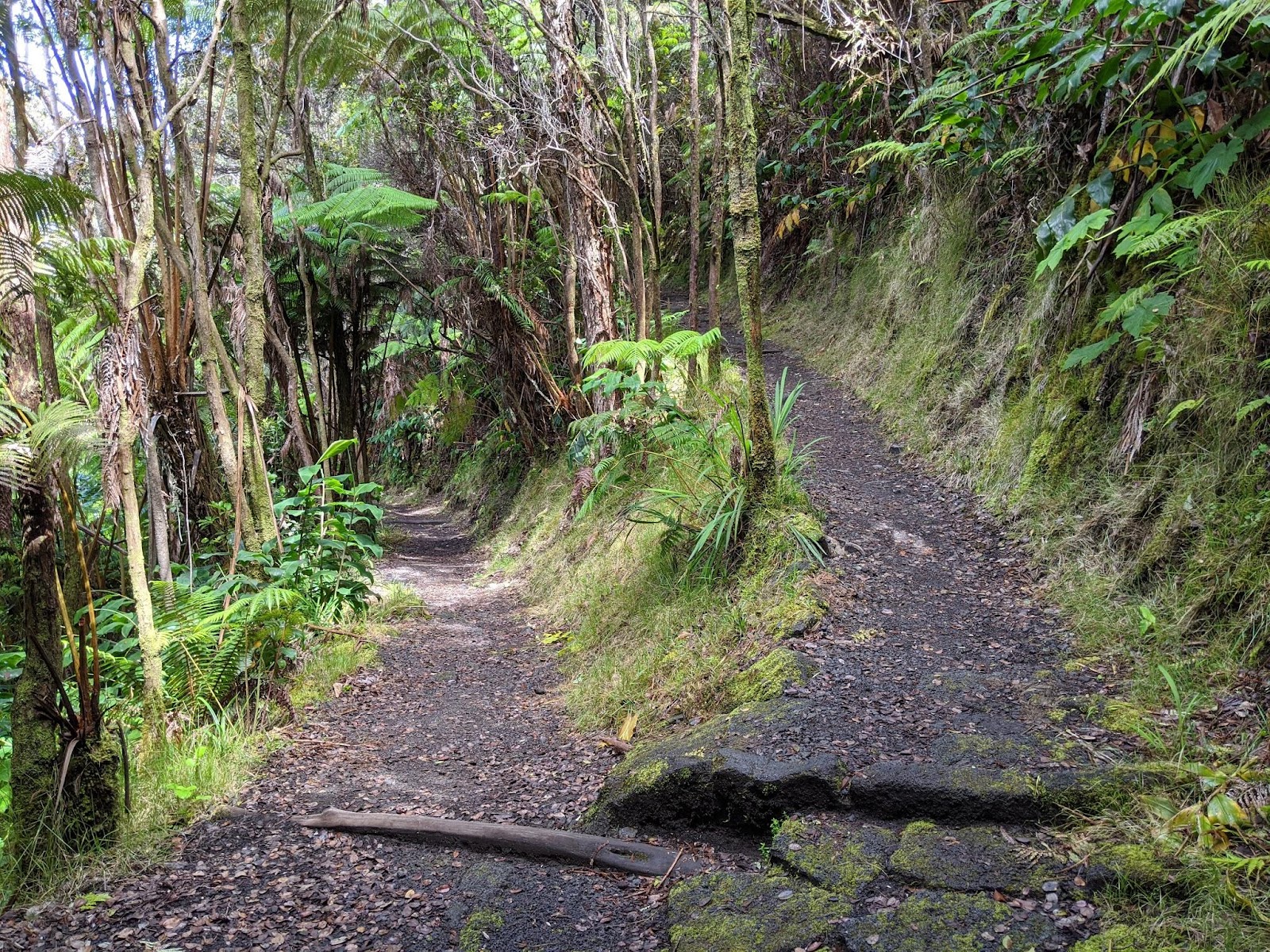 So how might we learn to be better explorers of the downhill adjacent-possible?

I wrote slightly more at length on the subject in this piece, but here are two steps you can take that will start you well on your journey to more outward exploration:

Get serious about psychological safety

Amy Edmonson’s book The Fearless Organization describes why psychological safety is one of the primary drivers of team performance. It is the deciding factor in whether the ideas or observations of a single member will be made accessible to the team and its leaders. We don’t do nearly enough in the military to instill in leaders a sense of the importance of fostering psychological safety, and as a result, we are even more blind to the landscape of the adjacent-possible around us.

Start using facilitated frameworks for discovery, design, and communication that do a better job of making space for “downhill exploration”. Frameworks like Design Thinking, Human-Centered Design, Think Wrong, and others provide the means through which you can actually make space and time for outward exploration to occur. They will certainly work far better than your current staff meetings do.

At Project Agitare, we’re teaching, promoting, and supporting facilitated discovery and design frameworks that can help DoD organizations explore the adjacent possible and have better, more inclusive conversations about what is now, what is possible, and what is next. Rather than continuing to limit ourselves to the nearest diminutive hills, let’s give ourselves permission and equip our organizations with the tools necessary to truly explore what heights we could potentially reach.

Photos are by Paul Gilmore, Dave Hoefler, Ricardo Gomez Angel, and me.

2 thoughts on “The Art of Wandering Downhill”

Follow Sounding Slightly Off on WordPress.com
Join 757 other subscribers